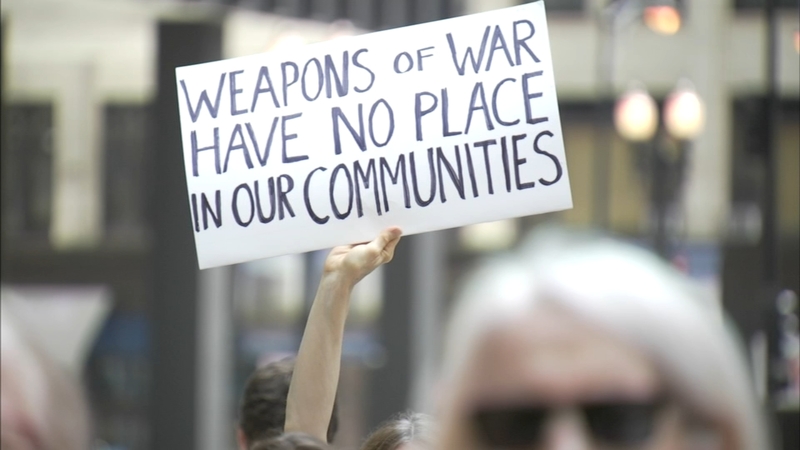 Gun violence has had a significant impact on America over the last 20 years. According to the Children’s Hospital of Philadelphia “Students and staff that witness school shootings are likely to suffer from traumatic stress symptoms, become anxious or depressed, and have general concerns about their safety. While many witnesses will have temporary symptoms, others will be symptomatic for a much longer period of time and even develop chronic psychiatric disorders.” With increased numbers of mass and school shootings, many people are asking, “Should we have more gun laws?” What can we do to prevent these shootings from happening?

In Littleton, Colorado’s Columbine High School in 1999, two teenagers opened fire on students and teachers, killing 13 people. There was much debate about what drove those two teenagers to commit such a heinous crime. At that time, it was the worst school shooting in American history. Americans asked themselves many questions. How did they get those weapons? Why were those weapons allowed to be purchased by them?

Even after those questions were resolved, they never seem to go away. When Adam Lanza opened fire at Sandy Hook Elementary School, 26 people died. Six years later Nikolas Cruz opened fire on students and teachers inside his Florida high school murdering 17. The big question right now is: Why do these patterns of mass shootings continue? How can we prevent these shootings? This is where the controversial topic of gun laws enters the picture.

Gun violence has been one of the most heavily debated issues in America over the last several years. The majority of conversations center around measures for state and federal gun control regulations. Some believe that implementing more laws, such as mandating extensive background checks and mental health evaluations will reduce gun violence; however, others argue that it will not work because “no matter how many gun laws we impose, there will always be people out there with tons of guns.” This is according to HHS junior, Lalelei Jorgensen. 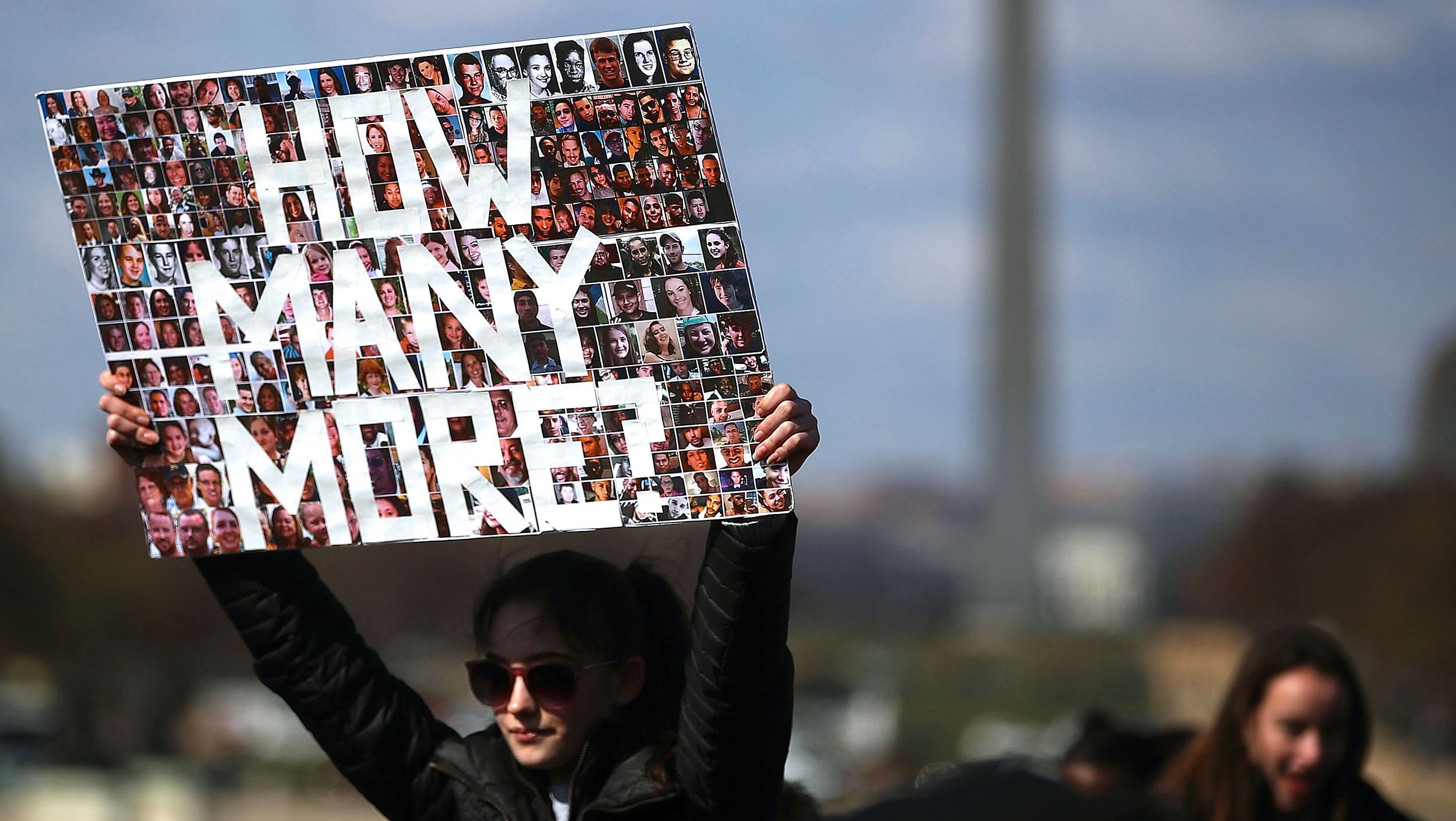 Additionally, many people question whether guns and gun control are the only problems. Some argue that guns should not be held exclusively responsible for gun violence because humans are the ones who buy and use them in mass shootings, and therefore they should also be punished for gun violence. Some argue that this is not the case. According to The Educational Fund to Stop Gun Violence  “…mental illness does not cause gun violence – the problem is access to firearms.” This means that at the same time humans commit gun violence, easy access to firearms is also a significant issue when discussing gun violence. 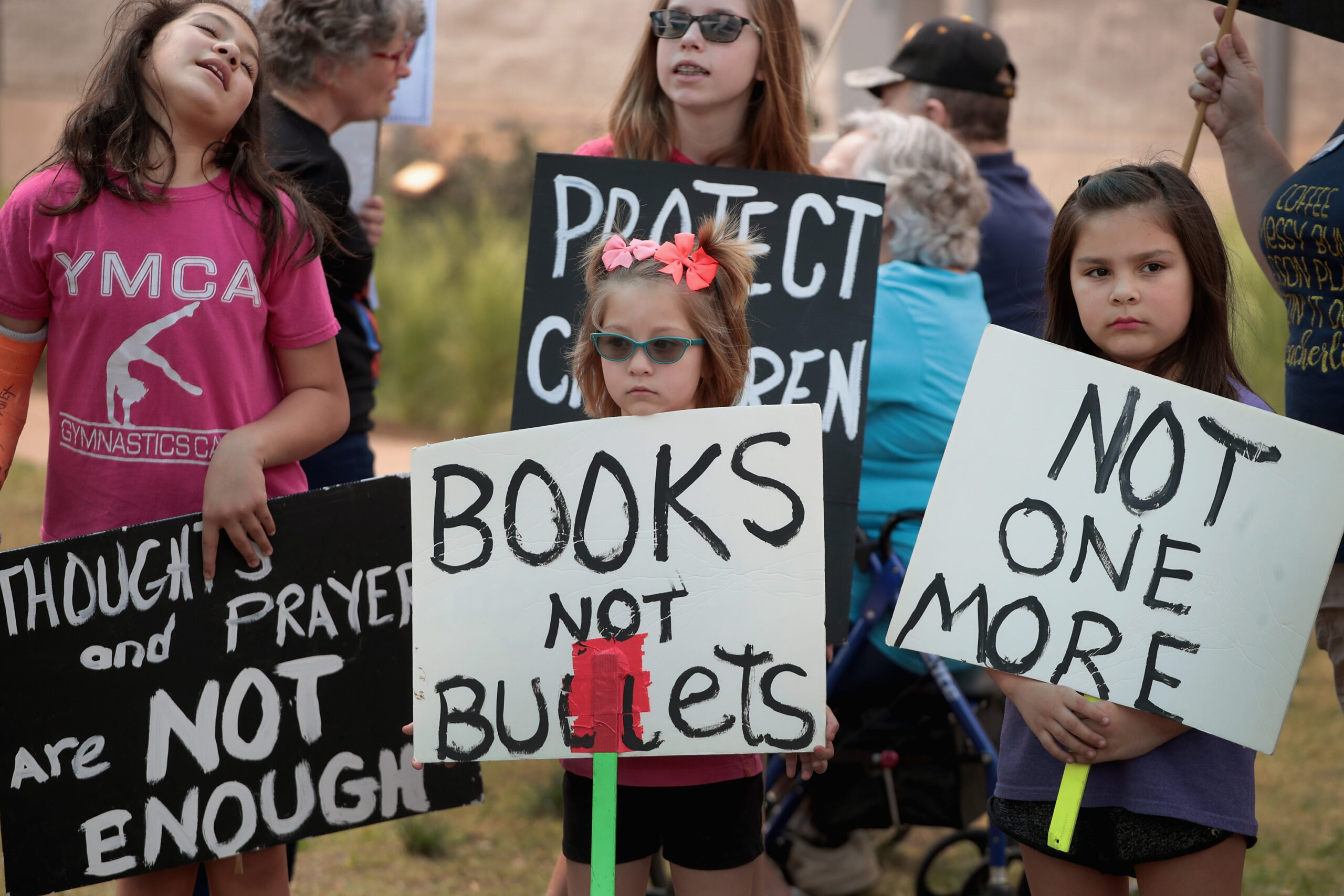 Given how terrible a problem gun violence is, it should not be surprising that today’s youth have been significantly impacted. KFF.ORG reports that there have been over 300 mass shootings this year, including the one in Uvalde, Texas. In 2020 weapons became the leading cause of death for young people under the age of 19. According to Time.com, more than 3,500 children and teens, who are defined as those under the age of 19, are shot and murdered every year in the United States. Another 15,000 people are injured in shootings, and on average, 1,200 kids per year commit suicide with a gun. Every year, 130 more kids and teenagers lose their lives in unintentional gunshots. These tragic statistics make it clear: we have been significantly impacted by gun violence.

Whatever your position, everyone can agree that gun violence in America today is a major concern. Even though it would be impossible to outlaw all guns in America, shouldn’t more be done to ensure that people will be safe? Can’t we do more to stop parents from worrying about their children when they drop them off at school or a movie theater or a church or a mall or a grocery store or a concert or anywhere where a man with a gun could be? It should be our responsibility to keep our children safe by preventing gun violence– not only for this generation of children but the next.