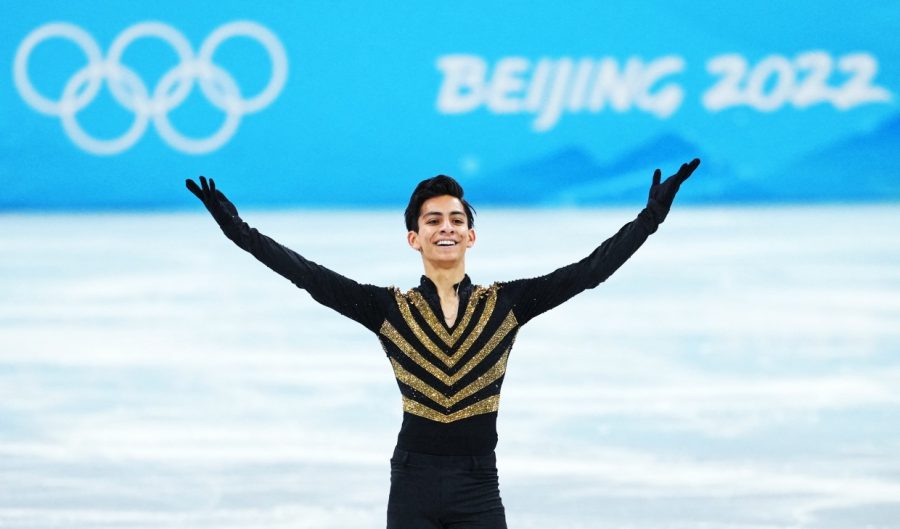 22-year-old Donovan Carillo from Zapopan, México was not only the first Mexican but the first male Latin American figure skater to advance to the men’s singles free skating in the Beijing 2022 Winter Olympics. He was the first Mexican figure skater to make it to the Winter Olympics in thirty years. Carillo’s bright grin throughout his performance and his euphoric cheers after receiving his score portrayed how phenomenal of an accomplishment this was.

Out of the 29 participants in the men’s figure skating short program, Carillo placed 19, allowing him to move forward to the singles free skating segment. He ended up in 22 place out of the 24 skaters, far from a medal, but a victory nonetheless.

“For me to be qualified for the free skating, it’s like a dream come true,” Carillo said after skating the short program. Given the challenges he has faced in getting to Olympic ice, it certainly is a marvelous culmination of all his hard work.

When he was 13, Carillo had to move away from his family in Guadalajara after the only ice rink in the city closed down. He followed his coach, Gregorio Núñez, who saw his potential for greatness and coached him free of charge. Throughout his career, Carillo has trained in a recreational ice rink in a public mall, which is less than two-thirds the size of an Olympic rink and which he has to share with the general public. The larger size of the Olympic rink forces him to make last-minute adjustments to his routine to accommodate for the change in size.

Often, the rink’s owners force him to turn off his small speaker which plays his music, so while other Olympic figure skaters practice their skating routines to their music on blast, Carillo has to play the songs in his head.

Rather than focusing on the obstacles, Carillo has used it to push himself forward. “It doesn’t matter if I have a very nice rink or I have this one. Because at the end of the day, if I just focus on what I don’t have, I couldn’t be able to grow as a skater.”

Not only has he had to strive forward through the challenges of where he trains, but he has had to overcome the crude remarks and comments throughout his life that come from being a male figure skater in a country where machismo (a form of toxic masculinity) is rampant. In México, where men are expected to take up sports such as boxing or soccer, it is difficult for men to be supported in sports like figure skating. Carillo has had people tell him that he was a girl or that he was gay for taking up this sport.

“I think that’s one of the reasons of why we don’t have many male skaters in my country,” he says. Certainly, there are very few figure skaters out of México or Latin America in general who make it to the Winter Olympics. Compared to other countries such as the United States or Russia, México does not allocate a lot of money to winter sports, which is part of why the resources available to help these athletes are extremely limited.

Despite this all, Carillo pushed through, not only to accomplish his dream but to skate for everyone in Latin America. “My goal is to share my sport with all. Of course, in my country of Mexico, but at the same time I wanted to share my skating with all the Latin American people,” he said when referring to the music he skated to from Mexican and Puerto Rican singers. Even his outfit of glittering gold and black was designed by Mexican designer Edgar Lozano. Persisting through the impossible, Donovan Carillo was able to achieve his dream, bringing pride to us all.

“This is for my family,” he said after the short program, “and for all of México.”