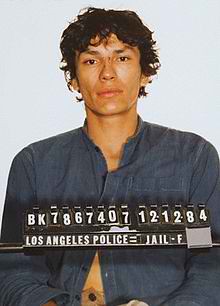 Richard Ramirez, a 29-year-old rapist born in El Paso, Texas, was a serial killer known as the Night Stalker. He was in Southern California in 1989 in the courtroom where he got sentenced to death!!!! With the convictions of 5 attempted murders, 11 sexual assaults, 13 murders, and 14 burglaries. This is a man who worshipped Satan happily and laid his emotional and physical pain on all his 13 victims. Most of his victims lived in the suburbs of East Los Angeles with the ages 16-83, but the youngest victim was a nine-year-old named “Mei Leung.”

There are multiple reasons why people are so interested in this case and why it is so famous. The story is so famous because of his murder spree and how he terrorized innocent people in the mid-80s in Los Angeles. The story got so famous that Netflix came out with The Night Stalker.

To avoid anything like this happening to you or someone you know is by adding security systems. Multiple security systems are high-tech these days like cameras, alarms, and home security systems. You may consider purchasing a home security system like Ring, ADT, and SimpliSafe. However, the best way to protect yourselves and your family is to please lock your doors, windows, garage, cars, or anything that can keep an intruder from coming in during the night and day. Another way to be safe out in public is having pepper spray on you at all times.