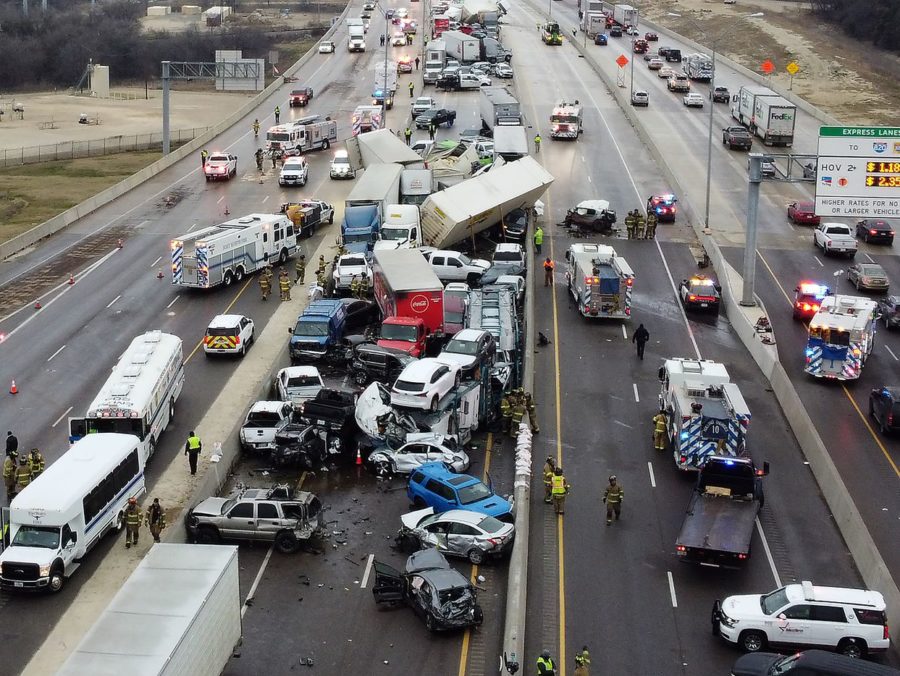 At least 6-8 people died, and multiple were injured in an accident that involved over 100 vehicles on the morning of February 11, 2021, in Fort Worth, Texas. Authorities received multiple reports of a vehicle pile-up on the 35W interstate. Never before seen weather conditions caused icy roads. Authorities warned of these dangerous weather conditions. When emergency vehicles arrived at the scene the accident was still expanding.

The fire department affirmed they were amazed to see this type of accident. They’re trained for this but had never witnessed it. Multiple people were trapped inside their vehicles. 65 people were taken to the hospital and treated; 3 were in severe conditions at the scene. Many of the people involved in the accident were health care workers on their way to work.

Four officers were injured and three of them were driving to work while 1 was helping others at the scene. Around 10:30 AM, most people involved in the accident got out or were pulled out of their vehicles. Throughout the scene, the officials said there were, “26 Fire Department vehicles, 80 police cars and 13 ambulances on the scene”.