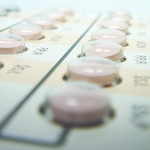 On October 13, 2020 U.S. Customs and Border Protection just made the second-largest methamphetamine bust in the Agency’s history. Officers seized over 3,000 pounds of meth in San Diego worth over $7 million. According to the CBP the shipment was disguised as medical supplies. The Truck coming across the Border of Mexico was intercepted at Otay Mesa commercial Facility on Friday morning. Using an X-ray machine, officers screened the truck and found it suspicious. After a dog alerted officers to the truck while it was parked at the dock, they offloaded the cargo in the truck, and ended up finding 1,816 packages of drugs in addition to multiple kinds of medical supplies. In total, officers found an estimated 3,014 pounds of methamphetamine, 64 pounds of heroin, 29 pounds of fentanyl powder, and lastly over 36 pounds of fentanyl pills-coming out to an estimated total of 7.2 million in all.”This massive seizure is testament of what law enforcement agencies can do when we combine forces — prevent over $7 million worth of deadly drugs from entering our country; thus saving countless lives from addiction and overdose deaths,” said DEA Special Agent in Charge John W. Callery. As for the driver (a 47- year old man) of the truck, he will be facing criminal charges the CBP says.