How it Felt Being Pregnant 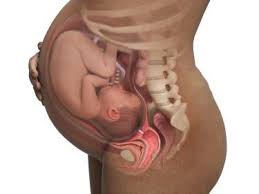 Feeling pregnant could be exhausting because it could be hard to sleep at night and sometimes it could be tiring sleeping on one side. If I wanted to turn to another side I needed a little strength to turn over and I would need to hold in my breath for a few seconds and if I needed to get up I needed someone to help me or I would need to grab on to something to get up. When a person is feeling your belly it doesn’t feel like it’s your actual belly it feels like they’re feeling a ball that’s on your belly.

When you change your pants or putting on shoes it’s pretty hard to bend down and put them on or tie them because obviously your belly is too big. When the baby starts to kick it feels weird, it feels like something is trying to stretch your belly but besides that its a good feeling. I was never able to capture my baby moving in a video because it was like if he knew that I was recording, whenever I would record him he would stop moving and sometimes when I would stop recording he would continue to move.