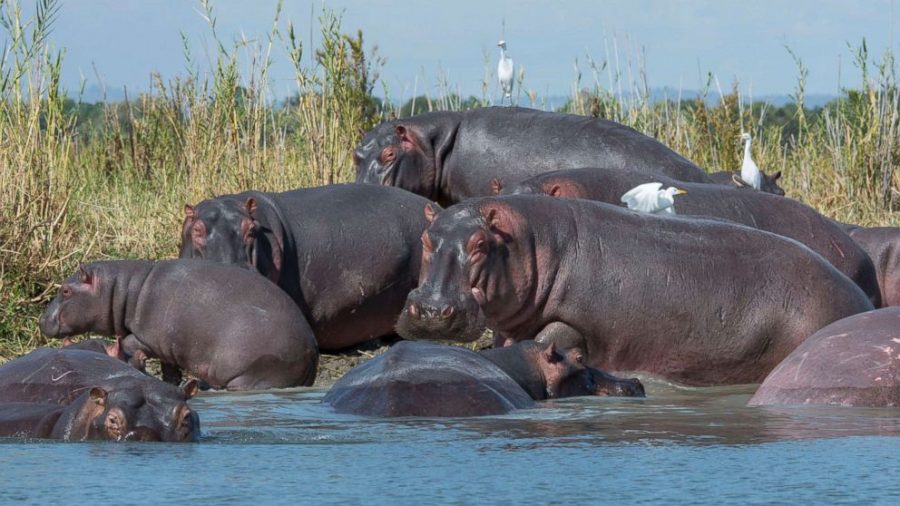 The common hippopotamus, or hippo, is a large, mostly herbivorous, semiaquatic mammal and ungulate native to sub-Saharan Africa. It is one of only two extant species in the family Hippopotamidae, the other being the pygmy hippopotamus. The name comes from the ancient Greek for “river horse”. Their lifespan is 40-50 years. The adult male weighs 3,300-4,000 lbs and the adult females weigh 2,900-4,000 lbs.  The hippopotamus is generally considered the third-largest land mammal. Hippopotamuses spend a large amount of time in water such as rivers, lakes and swamps. Resting in water helps keep hippopotamuses temperature down. 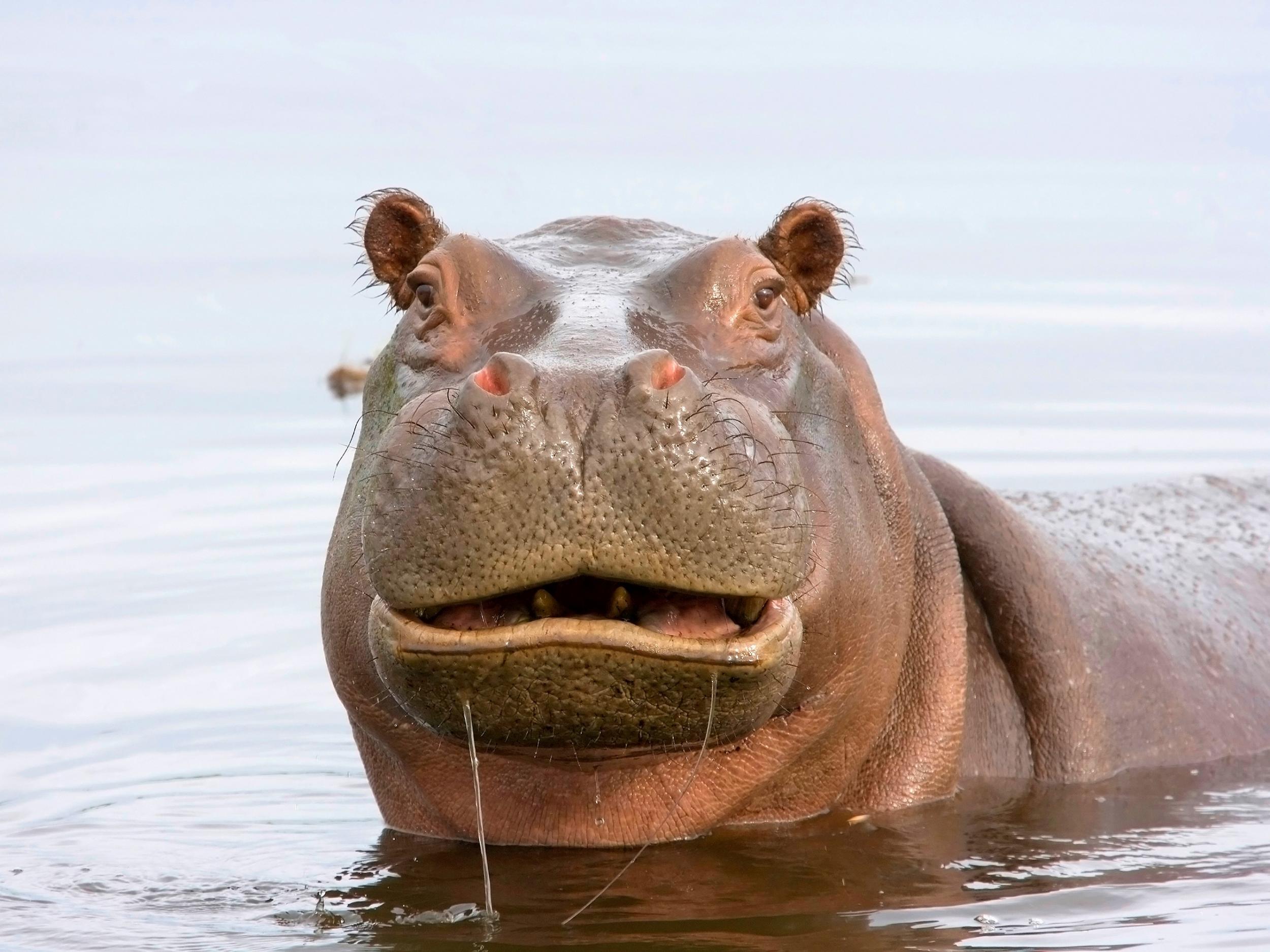