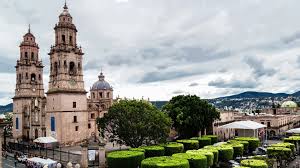 The ancient Purhépecha people were farmers and fishermen and they settled in Michoacan in the 11th century A.D. In 1324 they became the dominant force in western Mexico and their first capital city is Pátzcuaro that is located on the shores of Lake Pátzcuaro. Michoacán was part of the “kingdom of Mexico” that included the states of Mexico, Querétaro, Hidalgo, Tlaxcala, Oaxaca, Morelos, Guerrero, Veracruz, Tabasco, Michoacán, Guanajuato, San Luis Potosí, and Colima.

The provinces with the largest populations were called Alcaldias Mayores with its capital. Then it was moved to Patzcuaro and is located in what is now Morelia.  The University Michoacana of San Nicolás de Hidalgo began as the College of San Nicolas Obispo, founded by Vasco de Quiroga in Patzcuaro in 1540. The school was later moved to Morelia in 1580 and was fused with the Colegio de San Miguel Guayangareo.

In 1590, its name of the school was changed to the Seminario Tridentino. In the 17th century, the name returned to Colegio de San Nicolás but the structure was changed like adding studies such as philosophy, civil law, and others. By the mid-19th century, the school had been renamed the Primitivo y Nacional Colegio de San Nicolás de Hidalgo adding studies such as chemistry, physics, and other sciences. 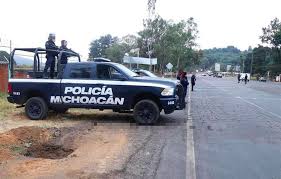