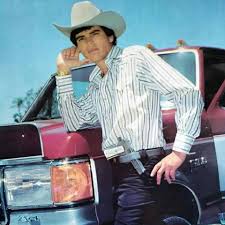 Chalino Sanchez was born Rosalino Sanchez Felix in a small ranch known as “El Guyabo” located in the Mexican in the state of Sinaloa. He was the youngest of 7 children that Santos Sanchez and Senorina Felix created. He was a curious and mischievous kid that always dreamed of becoming a famous singer. He came from a poor family and lived a difficult life. When he was 15 years old his sister was raped by a rich man who was known for being powerful and dangerous. Sanchez later saw the man at a party and took revenge into his own hands. Sanchez took the man’s life by shooting him, after that he had to leave the town located near Culiacan, Sinaloa. Sanchez escaped to Tijuana, Mexico with nothing with him but his gun. During the time he was in Tijuana, he worked as a “pollero”, which is someone who helps people cross the border.

Then he later moved to Los Angeles, California with an aunt. In 1984, he married a woman named Marisela Vallejos and the way they met was because she was a friend of his cousin Rosalba. When they got married their first son, Adan Sanchez was on the way and was married until his death in 1992. Then in 1984, his brother passed away in Tijuana and later composed his first corrido. Chalino was the best singer and everyone listened to his music. He began to compose songs for his fellow friends or anyone that had a story worth telling. Chalino began to earn money through his songs and would be gifted with guns by his customers. A small group that is named “Los Cuatro de la Frontera” recommended Chalino to go to a recording studio in Olympic Blvd in Los Angeles with them. By the year 1989, Chalino dedicated his full time to writing, recording, and selling his corrido albums. 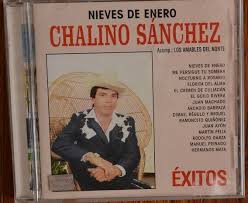