My Experiences in Alabama

I lived in Alabama for about 5  years. Alabama was a good and dangerous place to live in because sometimes we had big earthquakes the area where I lived in would flood sometimes, we also had some lightning in windy and rainy days. I loved living in Alabama because the weather was nice I loved one of my neighbors I remember she was an old nice lady, she always talked to me and my sister she always made us laugh, I never found out what her name was but now she may be in heaven. Behind us lived a nice family. My sister and I talked to two girls that lived behind us, I’m glad I met Katie and Molly because if it weren’t for them I wouldn’t have learned how to talk in English at such a young age. My sister and I would go play with them most of the time, we loved to play with them because we always played many games together and we would stop playing until the sun would be down. Until one day my sister and I wanted to play and then all of a sudden their backyard was empty, even if it was empty my sister and I called out their names many times but no answer. After we called out their names a lot of times we left to play by our selves. In kindergarten at school, I had a friend named Taylor, from what I remember she was the only friend I had. I remember sometimes I would be nice to her and sometimes I would be mean to her. When we would go play at the playground she would look at me smiling which meant that she was trying to ask me if I wanted to play with her, most of the time I would smile back which meant yes, and when I wouldn’t smile back it meant that I wouldn’t want to play with her and she would get upset. One day we had an assembly, we were sitting together and since the school had a theater and it had those seats that would bend and before the assembly started I was tickling her and she kept telling me to stop and I wouldn’t and it got to the point where she got her hand stuck, all the teachers had a hard time taking her arm out of the chair. Ever since that day, I don’t remember talking to her again. My kindergarten teacher was the best! I remember she had a lot of her daughter’s clothes under her desk in case of an emergency, one day when she was giving us a lesson I remember I needed to go to the restroom so bad and I had my hand up for a long time and once my teacher let me go to the restroom I ran and once I was halfway I didn’t make it to the restroom so I went back to the class and I think my teacher knew that I didn’t make it to the restroom so she gave me a pair of her daughter’s clothes and I went to the restroom and changed. That’s some of my experiences from Alabama. 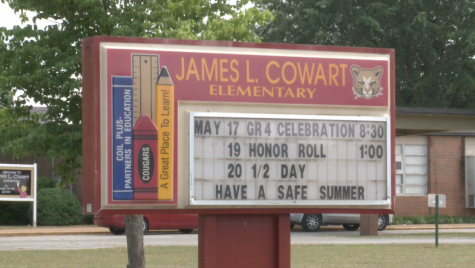